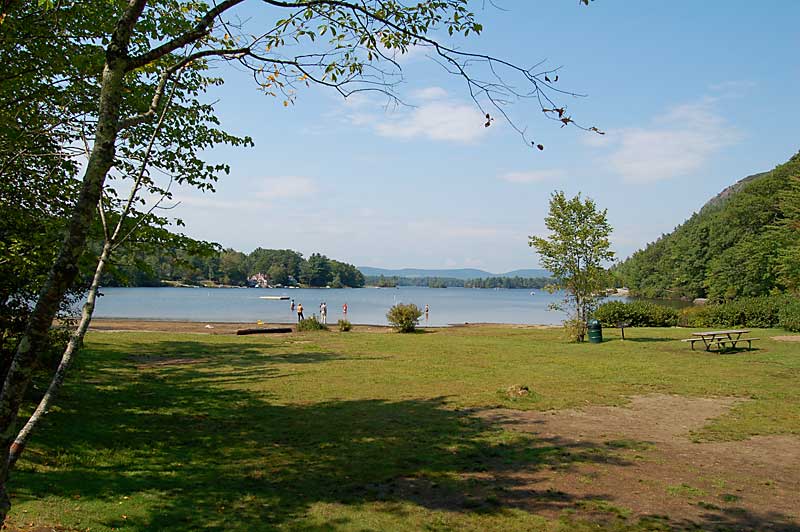 The beach – without crowds

This will be the first in a series of blog posts on swimming midcoast Maine, which is one of our summer projects. All in the name of research for our guests, of course 😉 (Actually, it’s our only summer project – summers are too busy for projects!)

There’s a story by John Cheever I used to teach, entitled “The Swimmer.” In it, the protagonist swims home from one neighbor’s pool to another, which, of course, is a metaphorical journey having to do with his midlife crisis and his marriage, and can be interpreted in a whole lot of different ways. My students had to play around with these interpretations (although they probably didn’t call it “play”) – but don’t worry, our Maine watering hole journey won’t be quite as symbolic and complex, at least not intentionally. And we’re not asking anyone to analyze and write about it. But we do invite you to come along on the trip, and when you visit Maine, perhaps you can take a real trip to one of these swimming holes yourself!

As you may have noticed if you’ve read other blog posts of ours, we used to have an outdoor pool when we lived in New Jersey, and at least one of us (yours truly) misses it dearly now that it’s hot and summery:  the convenience of cooling off anytime you need to, even if you have only 10 minutes, the chance of swimming several times a day, the lack of other people crowding you, the ease of access to a watery workout without packing a bag and leaving the house. And of course, the sanity that comes with a daily dip in the water, or even just by hanging out next to it. 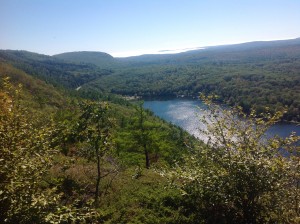 view of the lake, Barrett’s Cove, and a bit of Camden in the background

Well, we don’t have a pool here, and won’t get one anytime soon – there is no space for it. Believe me, I’ve imagined almost every  possibility, but short of buying part of the neighbor’s property, getting rid of the parking lot, dismantling the garage, or persuading our friends from across the street, the Blue Harbor House, to build one in their backyard with our money, there just isn’t a way. Which makes the search for local swimming holes all the more important.

One of our first discoveries after we became innkeepers last fall was the popular Barrett’s Cove beach at Megunticook Lake, a less than ten minute drive from Camden. We had hiked up Maiden’s Cliff trail during a half day outing, admiring the lake from above, and then found the road to the beach more or less opposite the Maiden Cliff trail parking lot. We were stunned by how peaceful and beautiful it was, and vowed to come back in the summer for swimming. (It didn’t seem to occur to us to swim right then and there, probably because nobody told us we should take our bathing suits)  It seemed like the kind of place which, if it existed in New Jersey, would charge a hefty beach badge fee and/or be overrun with people all summer. While here it was just sitting pretty in its glorious, colorful expanse, free for the taking but left peacefully undisturbed. 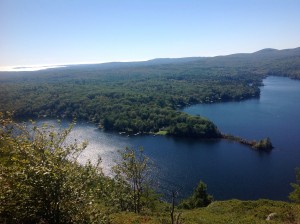 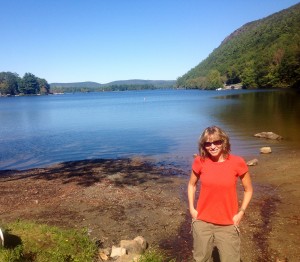 Well, by the time we got back with swimming intentions, it was early June, while my mom and sister were visiting. It was a weekday late morning/early afternoon visit, and it was perfect. A few others were there, and it got busier by the time we left, but since school was still in session and the water still a bit chilly, it was calm and contemplative.  There were a couple of mothers with young kids, two young women enjoying the water, a man walking his swimming dog in the lake, and later a family or two. They all seemed to be locals, doing their own thing without making much noise or getting in anyone else’s way. And the water was – refreshing! Cold-ish, but swimmable. I think we spent about twenty minutes swimming, and later went in a second time. And lest you think it’s just because we’re German (Germans, at least in Europe, are known for being the first and last swimmers of the season), the two young women definitely stayed in much longer. But it never felt warm exactly. Just swimmable, compared to Penobscot Bay, which wasn’t yet.

Then the high season began, and we kept saying one or both of us would go back for a warmer swim, but that took a while to happen. Until last week, to be exact, when we literally couldn’t stand the heat and got out of the kitchen. It was in the 80s, hot for Maine and hot enough if you’re baking twice a day in a kitchen without airconditioning (yup, unlike our guests, we don’t have A/C, save for one lonely loud window unit in the bedroom). So, in the early afternoon, we left the inn in our assistant’s capable hands, and headed for water. We weren’t sure whether Barrett’s Cove was the best choice on a hot summer day – -surely we wouldn’t be the only ones there – but we took a chance.

And promptly got punished for it. The parking lot was jammed! And this time it wasn’t just locals. Lots of rental car license plates, families with kids, rafts and swim noodles and beach balls and soda and oversized bags of salty snacks. And the water, at least the edges of it, looked more cloudy than clear. We weren’t thrilled: lots of people who come or move to Maine want to get away from it all, and when we’re not at home / at work (the two are more or less the same), we’re pretty much the same way. Just more contradictory: we like our guests at Towne Motel, but we don’t want crowds anywhere else, haha. We almost turned around, given how unfresh it all seemed. But since we were desperate for a dip, we found a spot and (sort of) settled down. Or rather, went into the lake!

Siobhan’s verdict was mixed. She likes this new lake swimming thing (we never swam in a lake when we lived in New Jersey – or Nebraska, for that matter), but would much rather not have to share it with a crowd. And she didn’t find the water refreshing enough! She says she gets bored swimming when it isn’t cool enough on a hot day. (Which is an odd thing to say, if you ask me :). I had my doubts too, but once I swam out beyond the warm, shallow, and crowded parts, I changed my mind. From the shore, I had laughed at the lap pool contraption someone had put in the lake (what the heck – why put artificial lines and boundaries into a natural lake?), but once I tried it, I actually quite enjoyed it. Perhaps because it was like a combo of pool and lake: laps, but instead of chlorine you have natural water and all this green scenery. It was a bit odd to do laps in a lake, but it got me into my own little swimming world, where the kids and screams receded far into the background. Having missed an outdoor pool for so long, it felt good to get into a groove for a while. And then, unlike in a pool, you can actually venture outside of the lines and  boundaries, like swim to another shore, or get in the way of kayakers and other boaters. And the water temperature? For me, it was perfect! I’m sure I’ll be back soon for additional swims.

But that day, after swimming, we ended up at a quieter spot – Laite Memorial Beach right here in Camden, walking distance to our inn. That’ll be the topic of one of the next swim series posts. Stay tuned!

This entry was posted on Saturday, August 2nd, 2014 at 11:30 pm and is filed under swimming in Maine. You can follow any responses to this entry through the RSS 2.0 feed. Both comments and pings are currently closed.